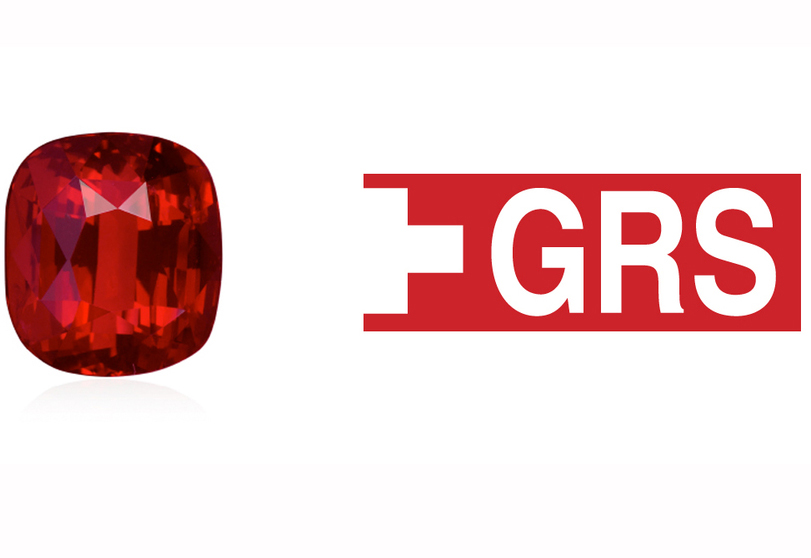 GRS (GemResearch SwissLab) announces the launch of laser inscription for Mozambican rubies.
Type A: Ruby from Mozambique with considerable fluorescence is described as previously indicated by the descriptor GRS-type Pigeon’s Blood, owing to a similarity in color with its Burmese counterpart.
Type B: Rubies typically appear as vivid red, reminiscent in color saturation of Pigeon Blood ruby.

Mozambican rubies (Type B) are so noted on the front page of a GRS report (see sample below) in the color section as vivid red. An additional appendix page accompanying the report includes the following statement:

In Chinese mythology the scarlet color is seen in context with the characters 赤色, symbolizing Phoenix. Old report version (can be updated):